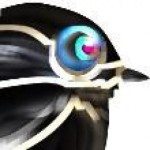 In October I had genetic testing to evaluate medication sensitivities. This sort of testing only looks at a few specific parts of your DNA, the bits known to affect the way you metabolize a lot of medications, including most psychoactive drugs. It’s usually covered by insurance when prescribed – even for MediCare, as a matter of fact. There are a number of different testing providers and test structures; I had a full panel test against several classes of drugs.

I had hoped to get this testing since I heard about it. I’m fed up with constantly experimenting with drugs at the cost of my stability and productivity. Anything that helps give some guidance toward what should work and what shouldn’t – and why – would help reduce the misery. So I did a cheek swab in the psych’s office and took home a shiny but otherwise relatively uninformative brochure.

The good stuff came at my next appointment, when my PNP went over the results with me. The report came with several sections: Analgesics, Psychotropics (Antidepressants, Antipsychotics,) and ADHD medications. Sadly missing are anxiolytics and mood stabilizers; maybe someday? Still, this is enough to narrow things down a lot.

Each of the drug classes gives me a table of medications in the green-yellow-red-coded categories of “use as directed,” “use with caution,” and “use with increased caution and with more frequent monitoring.” Each drug is listed with a note to tell you why it’s in that list, which is based on results from scientific research.

For example, my analgesics report included three drugs under the green light: buprenorphine, fentanyl, and morphine. Basically, if I need a painkiller, it’s gotta be really strong. Everything else (hydrocodone, methadone, oxycodone, tramadol, and codeine) are in the other categories because my CYP2D6 genotype makes me an “ultrarapid metabolizer” and my body eliminates the drugs unusually quickly. Only codeine is in the red list, and Wikipedia tells me why:

Life-threatening intoxication, including respiratory depression requiring intubation, can develop over a matter of days in patients who have multiple functional alleles of CYP2D6, resulting in ultra-rapid metabolism of opioids such as codeine into morphine.

The report also lists the expected effects of that genotype on analgesic parent drug (e.g., codeine) and corresponding metabolite (e.g., morphine) levels, plus a list of pharmacokinetic drug interactions that can reverse the effect. One of my doctors says it means that very small doses of most analgesics will yield an off-the-charts response, especially with codeine. However, bupropion blocks the CYP2D6 enzyme and can completely reverse the ultrarapid metabolizing effect. It’s a lot of data to try to interpret, but I have the rest of my life to make use of this information and I expect health care providers will get better at working with it in the future.

On to psychotropics: under the heading of antipsychotics, I now know which four to try first if I ever must, and which to avoid. For antidepressants, Wellbutrin shows up in the green list (I’ve been taking it for over 10 years) along with three others I’ve never tried, which means I have a few other viable options if needed. In the yellow column, the 8 antidepressants to use with caution include Zoloft, which I’ve had in my pillbox since June. The footnote on that one?

Difficult to predict response because of multiple gene variations.

The red list antidepressants includes 7 drugs, two of which I’ve taken before; one caused psychosis and the other exacerbated mania, so the advice to avoid them and their kin is well heeded. For the most part, the reason reported for the mismatch is the ultrarapid metabolizer thing – I’d need higher doses, which brings risk of greater side effects, and that’s exactly what happened with Prozac and the auditory hallucinations. To further complicate the antidepressant situation, one of my genotype variations causes increased risk of adverse drug reactions with certain SSRIs. In fact, that particular allele variant is also associated with MDD, the diagnosis I was first given at age 13. Validating, but not particularly surprising.

In the summary of my genotypes and phenotypes related to psychotropics, it turns out that I’m a poor metabolizer on CYP2C9, the opposite of being an ultrarapid metabolizer: a normal dose of some drugs can induce toxicity and most of those drugs will also be ineffective because my body can’t process them. Unfortunately, that includes NSAIDs as well. Of the 6 genes examined for psychotropics (CYP2D6, CYP2C19, CPY2C9, CYP1A2, SLC6A4, HTR2A), I metabolize the medications as expected for only half of them.

To supplement that profile, there’s a huge matrix of drug interactions showing whether taking a pair of drugs together will increase or decrease the blood serum level of the psychotropic. How awesome is that?!? I mean seriously, if you knew that taking cocaine and bupropion together might increase the amount of bupropion in your bloodstream, it might make you think twice about that cocaine, right?

Finally, ADHD meds: there are only two expected to work as expected – methylphenidate and Focalin. The rest will likely require higher dosages, again due to the CYP2D6 gene. Since bupropion and sertraline are strong inhibitors for this gene’s enzyme, they should counteract the effect to a fairly large degree. Nonetheless, I still need higher doses of amphetamines to get the desired therapeutic response, which has already been evident in several ways.

As a result of this gene testing, I can take these results to any health provider in the future to help refine treatment choices. It’s already led to a few adjustments, with a higher dosage on my ADHD medication and reduced Zoloft. I can already see benefits from these small tweaks. For now, the adjustments to my meds cocktail are really helping, but if other changes are needed in the future, I now have more personalized information to make smarter choices about medications.

14 thoughts on “Medication Sensitivity: It’s In Your Genes”