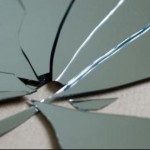 Birthdays are often triggering affairs for me, and, from what I’ve read on others’ blogs, I’m not alone.

My life is littered with many unfortunate birthdays. When I was a child, I had the obligatory sorts of parties. There were play places. A skating rink, even though I could barely skate (and I can’t skate now), so I hugged the wall.

These were awkward affairs. None of the people there were really my friends–just classmates. They brought gifts I’m sure their parents picked out to go along with the routine. We gathered around when it was time for cake, party favors, and presents. But I was mostly left alone.

During high school, I spent my birthdays thinking about what perfect days they were for attempting suicide.

When I turned 16, I got nothing for my birthday. (To be fair, I was supposed to get a joint birthday-Christmas present.) No one even bought me a cake. I was upset by that, mostly for sentimental reasons. My family acted like I’d wanted the cake just so I could eat it; they ridiculed how devastated I felt.

The day I turned 17, I was again alone. It was a Friday, and I volunteered somewhere after school. Again, the other people in the club didn’t really talk to me. I remember that, when I was done, my mom and her husband took me out to get pizza. That was the most celebratory activity that day. While we were on the way there, my dad called and yelled at me because I hadn’t gone home. I don’t remember why he wanted me to go home.

My 21st birthday was lackluster. I was in my senior year in college, and I had only two friends, one of whom didn’t drink. The other one did, though, so we went and bought some liquor and drank while we played board games. Quite the exciting 21st birthday experience. (It pains me to think of this friend now, because at the end of my senior year, we had a big fight that effectively ended our friendship. I’d begun sliding downhill fast that year, and I’d confided so much in her. But still, there was no forgiveness. Is it a wonder I don’t trust people?)

My 23rd birthday was the worst one in recent memory. My 22nd birthday was fabulous, and the loneliness, the despair of this one contrasted sharply with what life had been like only a year ago. It was a Saturday, and all I did was sit at home. Only about five people told me happy birthday on Facebook. Yes, I did count, and maybe that was a silly matter to put stock in. But it was as if I’d been completely forgotten. I was deeply caught in the throes of the big break, and only a heartfelt letter from my brother kept me from attempting the suicide I’d been planning.

On my 25th birthday, more people sent me birthday wishes on Facebook, which I found surprising since I didn’t live near any of my Facebook friends anymore. But no one at work remembered it was my birthday. They always remember people’s birthdays. Again, I felt like no one there must’ve liked me. I gave a huge hint at the end of the day shortly before I left, an action that made me feel pathetic.

But there have also been a smattering of good birthdays.

The 22nd birthday I mentioned, for one. It happened during my first year in grad school. Someone threw me a surprise birthday party, and I was very surprised. Perhaps it was because everyone loves a good party, but it was still nice. Everyone seemed to enjoy my company. I finally felt like I had friends, that I belonged somewhere. Like I had a home. I got properly drunk for one of the few times in my life. But it wasn’t like a frat boy type of drinking atmosphere. It was all very chill, relaxed, and I loved that.

My 24th birthday was on 10/10/10. I admit it–I’d been looking forward to that birthday for at least 2 years, mostly because of the exciting date. But I’d moved back in with my family, and I didn’t have any friends around. Most of the few acquaintances I had in high school had long moved away from my hometown. But my dad, his wife, my brother, and I went out to a nice dinner, and I was content with that.

Then there was my last birthday, 5 days ago. When I became closer to 30 than to 20. People at work actually remembered my birthday this time! There was a cookie cake, and I was given a large portion to take home. I don’t have any friends where I live, so I didn’t expect much in the way of Facebook activity, but I received a few wishes there. People in the blogosphere who knew about my birthday also sent me wishes. My mom sent me a touching note that surprised me. My dad wrote a nice message in my birthday card.

So, despite the fact that it was a Wednesday, it was a good day.

Birthdays can be triggering for many different reasons. They trigger me because they provoke feelings related to my deepest insecurities. I’m always afraid that I’m not well-liked, that I will be rejected and forgotten. So even though I shy away from attention, I want my birthday to be acknowledged.

This year, I wasn’t doing too well in the days that led up to my birthday. I don’t think it had anything to do with the approaching date, but who knows?

Strangely enough, my birthday brought me out of my spell. I’d been feeling disconnected, and having the right people recognize my birthday showed me that I might’ve overestimated the disconnect.

I suspect that’s why birthdays can be triggering for many of us. When they go right, we feel valued. But when they go wrong, we feel wretched; we feel worthless.