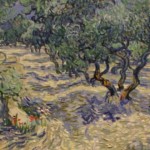 The currently held belief is that the answer to this question is both. This theory is called the Two-Hit hypothesis of pyschiatric disorders. First, one must be genetically pre-disposed to developing a mental illness, but there must also be an environmental impact that triggers the development of the illness.

It is commonly thought that there are four key elements involving the development of pyschiatric disorders:

Without the predisposition to mental illness, you won’t develop schizophrenia, bipolar or even major (chronic) depression. Conversely, you could be genetically predisposed and never develop the illness. In a study of mental illness in twins, they found that for identical twins, there was a 50% chance that both twins would develop schizophrenia, while there was 15% chance for fraternal twins. With bipolar disorder, there is up to an 80% chance that identical twins will both develop the illness, while the rate is only 8-10% for fraternal twins.

What is also interesting is that it is believed that your personality, coping skills, and support network may act as a “filter” between genetics and the triggering life event. This may help reduce the impact of such an event. Likewise, an individual lacking any of the above may actually perceive the life event as more stressful and the personality filter may become more of a magnifying glass.

All genetic susceptibilities may not be created equal. For example, schizophrenia is thought to require only minor stressors in order to manifest the illness while depression may require moderate stressors. Major or overwhelming stressors can produce post-traumatic stress disorder (PTSD) in anyone, regardless of genetic predisposition.

Mental illness is a complex paradigm with both genetics and experiences playing a role. This information makes me feel better personally because I no longer feel like my bipolar is a personality flaw. I can identify in hindsight some life events that could have triggered my illness- my parents divorce for example. But knowing that genetics are only a part of the equation helps too – it reaffirms that if I had chosen to have children they would not be destined to become bipolar.

All data and scientific information is from the text: Essential Psychopharmacology: Neuroscientific Basis and Practical Applications, Second Edition by Stephen Stahl. Any errors in transcription or translation are entirely mine. I am not affiliated with the medical field in any way.